He was the son of a pastor, and was raised in a very religious and cultured atmosphere. He was considered a very emotional child who lacked self-confidence and life direction and who struggled with his identity. He originally desired to follow in his father’s footsteps so he became a preacher in Borinage, Belgium. To his dismay he was dismissed as being overzealous in his religious practice. It was also there that Van Gogh experienced two unhappy romances. He left the Church and worked for a while as a clerk in a bookstore and art salesman before discovering his calling as an artist.

He remained in Belgium to study art discovering his passion was creating beauty through painting. In 1885 Van Gogh went to Antwerp where he discovered the works of Rubens and purchased many Japanese prints. In 1886 he moved to Paris to be with his brother, Theo, who managed the Goupil’s gallery. While in Paris, Van Gough studied with Cormon, met Pissarro, Monet, and Gaugin. The influence of these Impressionist painters led him to lighten his very dark palette, copy their techniques and paint with much shorter brush strokes. Although he tried, Van Gogh was unsuccessful in copying the Impressionistic paint style, but it led him to develop his own unique style which was a more bold and unconventional style. In 1888, Van Gogh left Paris for Arles hoping his friends would go with him and start a school of art. He called this school, The Yellow House, and its purpose was to inspire like minded artists. Gauguin did join him, but this was met with disastrous results. In 1888, Van Gogh attacked Gauguin with an open razor, and this attack ended with Van Gogh losing a portion of his own ear lobe. Van Gogh’s nervous temperament and his extended painting frenzies undermined his health, and he began to alternate between fits of madness and lucidity. He was sent to the asylum in Saint-Remy for treatment where he stayed until May 1890. When he left Saint-Remy he went to live in Auverssur-Oise under the careful eye of Dr. Gachet. Two months later, he died from what is believed to have been a self-inflicted gunshot wound.

His life as an artist did not meet with much success; he only sold one painting, lived in poverty, was malnourished and overworked. Most of his money came from his brother, Theo and was used mainly for art supplies, coffee, and cigarettes. Ironically Van Gogh has become known as one of the most influential artists by helping lay down the foundations of modern art. 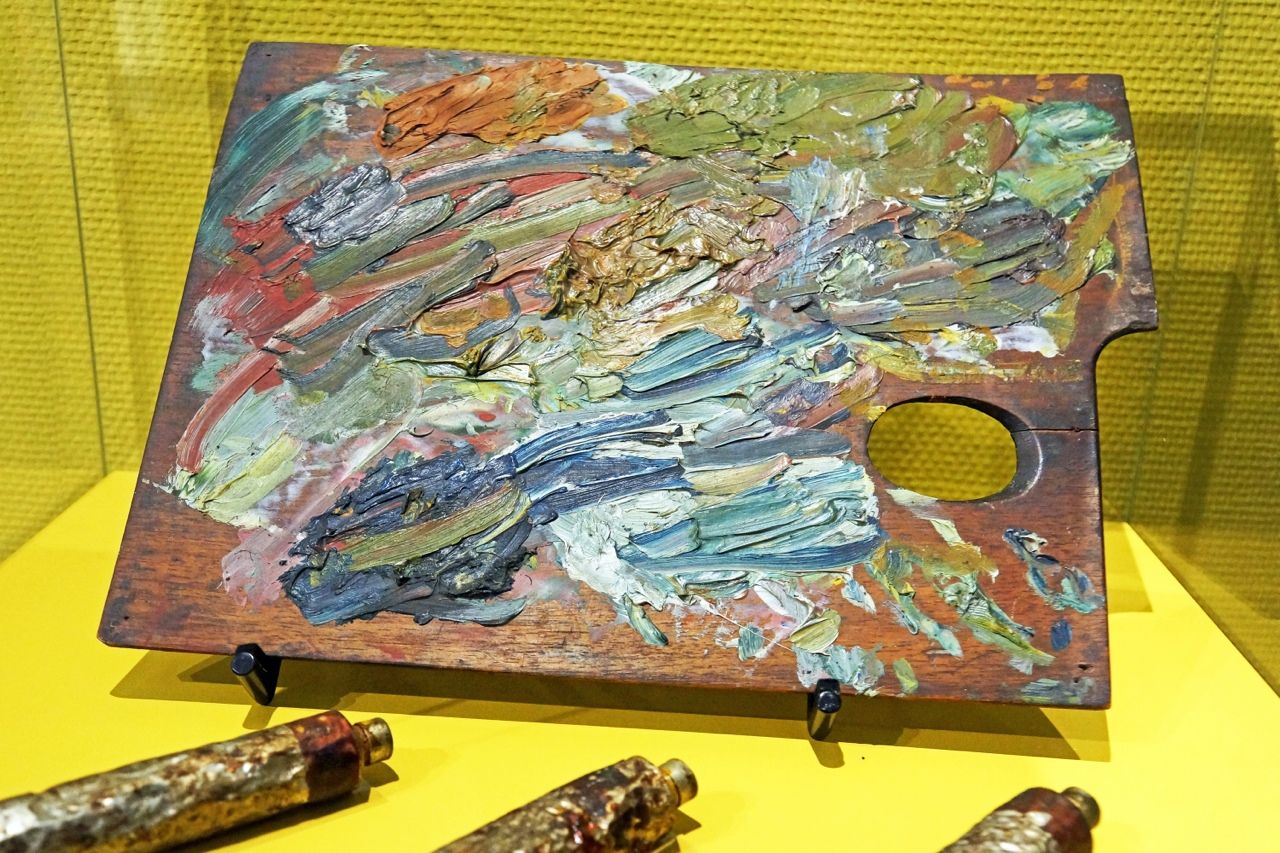 Vincent Van Gogh’s art is part of the Post-Impressionism art period. Post-Impressionism is a predominantly French art movement that is defined by the period between 1886 and 1905. The artists who led this period are; Paul Cezanne, Georges Seurat, Paul Gauguin and Henri de Toulouse-Lautrec to name a few.

Post-Impressionism is as much a reaction to Impressionism’s limitations of objective recording of nature in terms of the fugitive effects of colour and light as to also being viewed as an extension of this art style. Artists of this movement still  used vivid colours, a thick application of paint and real-life subject matter, but were more inclined to emphasize geometric forms, distort forms for an expressive effect and use unnatural and seemingly random colours. This art style has a broad emphasis on more abstract qualities and symbolic meaning as well as expressing emotions rather than simply painting optical impressions.

For Van Gogh this meant choosing his subject matter from rural life, nature and the working class. He firmly believed that a power existed behind the natural and sought to capture a sense of that magic in his art.  Van Gogh was careful, though, to stay within what he called the “guise of reality” and didn’t like overly stylized works. He used bright colours with dark, definitive outlines to express his acutely felt emotions and transformed the contrasting short brushstrokes of Impressionism into curving, vibrant lines of colour, exaggerated even beyond Impressionist brilliance to convey his emotionally charged and ecstatic responses to the natural landscape.

Vincent Van Gogh manages to push emotion to its extremes in every one of his brush strokes. The incredible power of expression the artist transmits through his use of colour was what inspired the Visconti Van Gogh collection.

To honour the famous Dutch painter, Visconti has reproduced the textures of oil painting on his canvases in pen form. Made from acrylic resin uniquely mixed to represent palettes of oil paint, the Van Gogh collection is a tribute to the artist’s colour and technique. Each pen represents a specific Van Gogh painting: 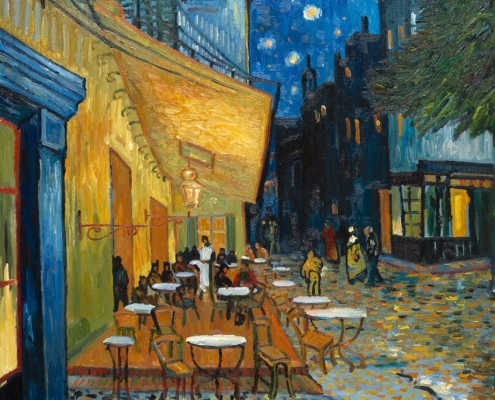 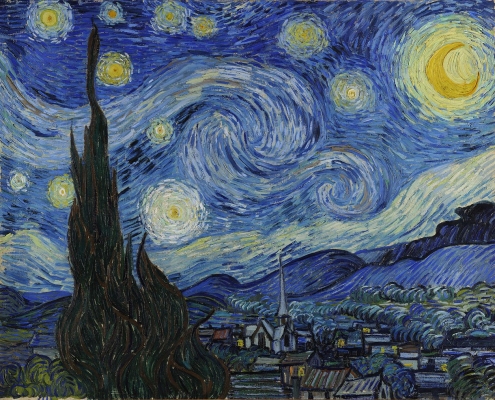 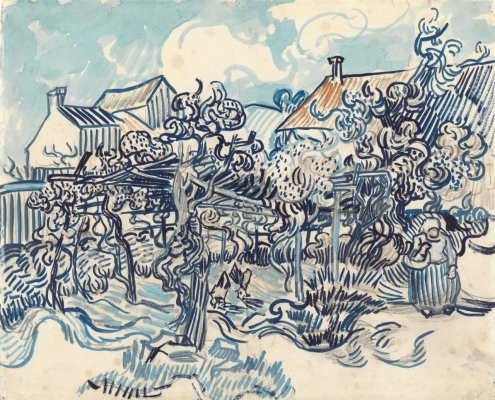 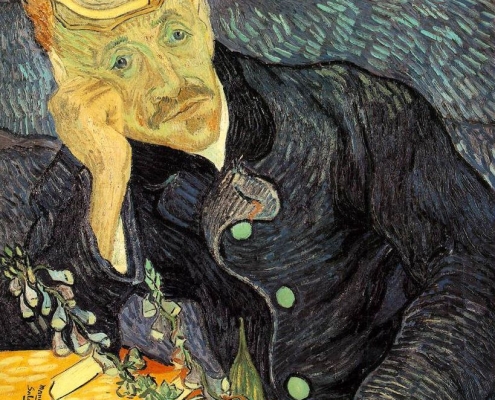